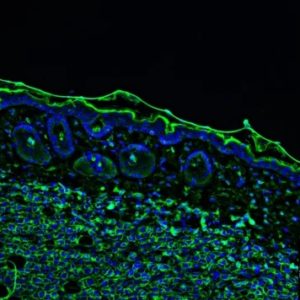 One of the most common questions we receive about CoolLED fluorescence illumination relates to the power output, which is a relic from the days where LED illumination struggled to produce the output for fluorescence microscopy. However, modern LED illumination systems now deliver more than enough light for the vast majority of applications, which in itself can be problematic unless optimised.

One of the most important questions to ask any manufacturer of custom microscopy illumination systems should instead refer to the control features available for modulating the power output, and hence the irradiance at the sample plane. The main reason for this is to protect samples against phototoxicity.

What is phototoxicity and why is it a problem?

Phototoxicity occurs mainly as a result of reactive oxygen species (ROS) released as cells are irradiated, causing damage to DNA and proteins. The most worrying aspect here is not that cells may be killed during live cell imaging, but how phototoxicity can subtly alter a cell’s physiology and skew experimental results.

Another aspect of phototoxicity is photobleaching, where the fluorophore is transiently altered into a dark, non-fluorescing state; or atoms existing in the dangerous triplet state can absorb enough energy to break covalent bonds and irreversibly damage the chemical structure, whilst also releasing ROS. The speed of photobleaching varies between fluorophores, but it can cause three problems:

How illumination systems can minimise phototoxicity

Exactly how phototoxicity can impact cell physiology and how this can be reduced is becoming better understood all the time.1 While factors such as sample type and fluorophores come into play, the illumination technology is one of the biggest factors in optimising illumination and protecting experiments, and when creating a microscope setup these are the factors to consider:

Fast control of LED illumination means the sample is only exposed to the optimum level of light at the required wavelength, and only when required.

Unfortunately, there is no ‘one size fits all’ approach and it is up to the end user to consider cell health as a vital aspect of every experiment, building in the necessary controls. However, CoolLED custom microscopy illumination systems can provide the first step, equipping them with the ability to optimise the illumination and protect both fixed and live samples.

If you have any questions, please get in touch

Learn about custom microscopy illumination and LED line illumination!
December 17, 2021
Recent Posts
Archives
Go to Top
By continuing to browse this site, you agree to our use of cookies.